Everything You Need To Know About Shadow Boxing

Everything You Need To Know About Shadow Boxing 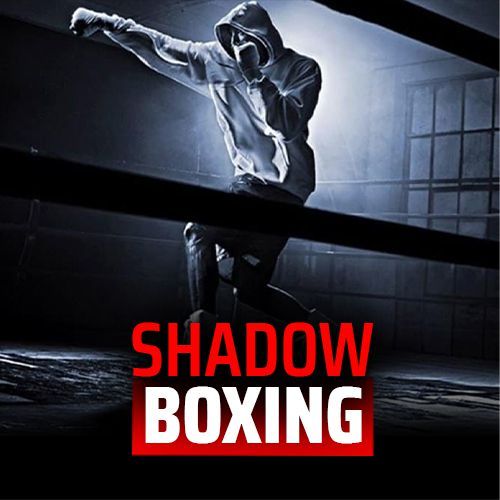 From being a must thing to a killer cardio workout, shadow boxing game has multiple benefits as it tends to burn more than 400 calories per hour.

Shadow boxing drills just shred your body and tone it. It is exceptionally beneficial in enhancing your hand speed and hand coordination. Shadow boxing works on your hips, core, and the entire body by leaving a high impact on your body. Just a 30-minute shadow boxing everyday workout can transform your boxing skills. This is evident from the fact that throwing hooks and jabs with quick sprints can do magic to your entire body and that too without any heavy equipment.

Simulate a fight and nail it!

Nothing can beat shadow boxing when it comes to faking a fight. Almost every fighter out there is involved in shadow boxing as it allows them to get in the zone and feel the vibe of the ring before their fight. Shadow boxing is an extraordinary warm-up technique that polishes your footwork, body movement, reflexes, and your style. Sparring can be exceptionally done by shadow boxing.

Combo fighter swears by the effectiveness of the shadow boxing game as it changes their entire game and makes them a perfect fighter. Their jabs start landing at the right mark and their body alignment gets beyond description. Shadow boxing not only yields physical benefits since it has an exceptional effect on the mental state of a fighter. It feels awkward at the start but with time, a fighter gets used to it.

Use all muscles in shadow boxing drills!

Shadow boxing is a dynamic boxing technique that involves the muscles of your entire body. While you throw punches, you use your arms, elbows and upper back, and your lower body including legs, calves, and feet are used to move around. Thus, it involves throwing body shots at your opponent which is your shadow.

To make it a more beneficial experience, many fighters use resistance bands and dumbbells along with ankle weights. It is highly recommended to shadow box before you get your hands on heavy punching bags, sparring, and pads.

Getting started with shadow boxing!

To get started with shadow boxing, it will be an awkward thing to visualize yourself in the ring but with time, you will get used to it. Start shadow boxing by considering it a part-time work out and then shift to full-time work out. You need to focus on 3 things while shadow boxing every day:

Start with throwing jabs 10 times. Do it with each hand separately and then start throwing 1-2 jabs together for 10 reps and try the same with left hooks as well. 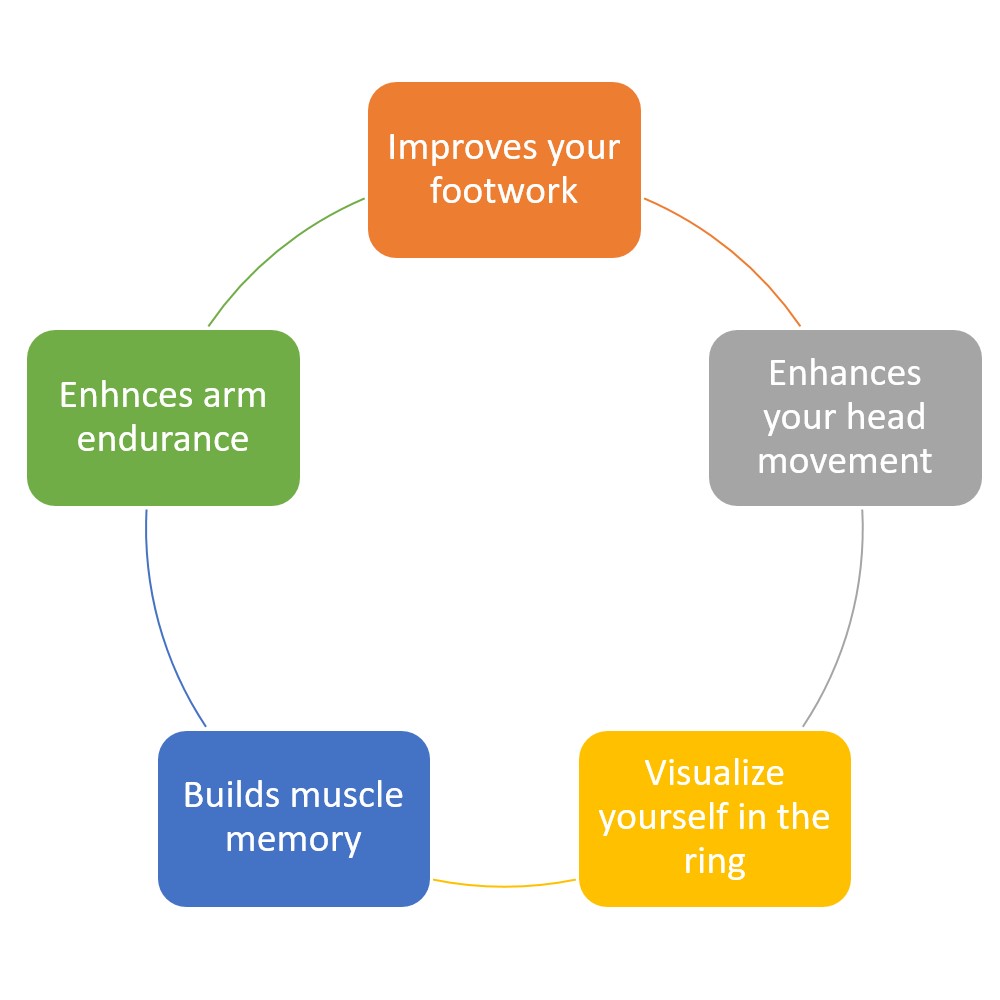 As footwork is more important than punches and jabs, it needs to be perfect and shadow boxing helps you in enhancing your stance. Footwork helps you in avoiding the jabs and hooks coming from your opponent. Better footwork turns you into a boxing beast who can knock down his opponent by stepping into his range and landing perfect punching combos.

Like your footwork, your head movement is equally important and you need to shadow box to enhance it. Once it gets better, it also helps you in slipping your head and moving it in different directions smoothly while aligning it with the entire body movement. Shadow boxing drills allow you to hit the moving target which enhances your overall performance.

Visualize yourself in the ring

The best thing about shadow boxing is that it allows you to prepare yourself for your next fight by allowing you to visualize yourself and executing your fighting combos. Either it is sparring or a proper fight, you will have exceptional control on your emotional side too. Shadowboxing has a great effect on your psychological side as it also permits you to visualize victory.

Muscle Memory is essential in boxing and it perfects your punching rhythm. Muscle memory develops your body rhythm and as Bruce Lee said:

Shadowboxing allows you to have an exceptional boxing approach and it fits all the combos in your mind and adds smoothness to them. Shadow boxing is a must for boxers and they must keep on shadow boxing to enhance their arm endurance and overall body fitness.