What Types of Grappling are there in MMA?

What Types of Grappling are there in MMA? 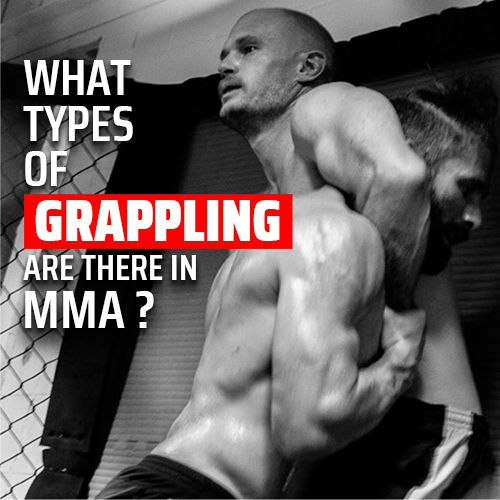 "Jiu-jitsu is the science and art of control that leads to submission."  John Danaher

Grappling in MMA: Put an end to the combat!

Grappling has become an integral part of mixed martial arts. Grappling wrestling and grappling in MMA is a common sight these days. The early time of professional MMA was dominated by Royce Gracie who used BJJ against his opponents. Royce Gracie inspired many fighters and they started incorporating grappling in MMA. Grapplers became a challenge for boxers owing to their smart grappling in MMA techniques as they failed to stand for more than a minute against a grappler in the cage. Grappling in MMA introduced various combat styles and these styles are being improvised to date. If you are considering becoming an MMA fighter, grappling is a must technique and many wrestlers have turned into successful grapplers.

The MMA champions Stipe Miocic, Tyron Woodley, Daniel Cormier, and Tony Ferguson have one thing in common. They have a wrestling background.

Grappling is all about realistic fighting as you are close to your opponent and you do not have to worry much about striking range and damaging blows. You are comfortable with your opponent being close to you and ground fighting is the classic example in this regard. Ground-fighting is considered better than stand-up fighting because ground fighting is learned to utilize training and not instincts. Ground fighting is an exceptional way to become a grappler. It is recommended not to specialize much in grappling as it is not helpful when you have to fight with multiple opponents. Following are the types of grappling fighting:

BJJ specializes in ground-fighting and this grappling fight, wrestlers or fighters wear a Judo gi. In BJJ, leverages and chokes are allowed and this is the reason why these combats end earlier as compared to Judo combats. BJJ allows all kinds of muscle manipulation except the one with fingers.

You might have seen Judo players wearing a heavy jacket known as a gi. In Judo, gi is grabbed for the throws and this grabbing helps the fighter in throwing his opponent down. These throws include hip throws, sweeps, hand throws, and sacrifice throws. No fighter can grab the leg of other person legs which is quite common in freestyle wrestling. The opponent can be pinned to the ground by using chokes and other leverages.

Shuai Chiao fighters wear a light jacket and it is lighter than the one wore for Judo. Furthermore, it does not have ground fighting as the fighters are supposed to finish the game via throws and takedowns.

Sambo is a varied mechanism that incorporates Judo, Freestyle Wrestling, and Greco- Roman. Players wear a light jacket and throw as well as ground-fighting is involved. In sambo, chokes are not allowed on the ground. However, leverages are allowed.

Western wrestlers usually go for leg grabbing to take their opponent down because they wear light clothes as these clothes cannot be easily grabbed by the fighters. Furthermore, wrestlers learn grappling wrestling and basic techniques to execute powerful body lifts and then turning them into throws. In western wrestling, wrestlers are prohibited from chokes and locks. Similar rules are followed in Greco-Roman but there lies one major difference. In Greco-Roman, the wrestlers are not allowed to grab the leg of the other wrestler.

Submission Grappling is more or less like Brazilian jiu-jitsu. The only difference is that the fighters do not wear gi for the combat. Another noteworthy difference is that any kind of dangerous submission attack is allowed in it. This includes leg-locks and neck-cranks as well. It is significant to notice here that leg cranks and neck cranks are illegal in Brazilian jiu-jitsu.

In a nutshell, as grappling in MMA allows you to focus on one opponent at a time and while focusing on him, someone else can get a chance to knock you down. Anyone can stomp your head in this process which is not going to benefit you. Furthermore, grappling wrestling or grappling in MMA must be learned to learn to throw as there is no better way to learn the throwing element. Grappling turns you into a real fighter but there are few things that must be kept in mind. When you are fighting against a wrestler with other opponents in the cage too, when your opponent pins you down, your head and neck are exposed for attack from another opponent. Thus, grappling alone is not enough and you must add diverse MMA techniques in your arsenal.